hApp for increasing the 'receptivity' of the Healthcare System

I’ve had this idea on my mind for months and thought I would speak it in to existence so others can join the conversation and we all learn something more together.

According to some estimates, the healthcare spending in the USA will reach $4 trillion. Around 75% of these healthcare dollars are spent on managing and treating of chronic diseases (obesity, diabetes, heart disease, kidney disease, cancer, osteoporosis, sarcopenia, etc.).

The fact is that most of these diseases stem from people not having healthy habits such as bad eating (drinking) habits and no physical activity (the result being altered body composition). There are other bad habits (like smoking) but the effect of smoking on the overall personal health is lower than being obese.

The majority of the effort is put towards treating and managing of these diseases instead of prevention. The system is therefore battling and trying to fix the ‘downward spiral’ that in most cases starts with obesity. Obesity (lack of healthy eating habits and physical activity) is the major cause for diabetes, which is a major cause for heart disease, which is a major cause for kidney disease, etc. The further you go, the more debilitating is the disease effects are, which in turn result in less physical activity, and here we go again.

Suppose any Agent would be able to create accurate body composition data. Body composition data is the result of both eating (drinking) habits and the amount of physical activity. It can be categorized in to three parameters: fat mass, fat free mass, and water. The water in our bodies fills 2 compartments, the intracellular (ICW) and extracellular (ECW) water, which is water inside and outside of our cells.

All of the above mentioned parameters are the holy grail of human health. Most of the chronic diseases (and their associated costs) stem from these parameters not being in their ‘healthy state’. Therefore they can be used as direct predictors of ‘general’ human health and therefore healthcare costs.

The hurdles associated with current solutions:

We can see that the current healthcare insurance companies (payers) are already conscious of the problem. They realize that prevention is far more important and is the key to prevent the ‘downward spiral’ of comorbidity that contributes to most of the costs, and some payers are already pushing ‘incentive programs’ to increase physical activity of their customers for instance.

United Healthcare is using FitBit watches to track behavior and financially reward participants for achieving desired goals (such as walking 10000 steps each day). Such approaches (and similar) seem to have a hard time taking off in the healthcare sector because of the lack of data (anyone can eat 5 hamburgers after they achieve 10000 steps) and the fact that the initiatives are risky, meaning that they require the companies to financially reward people in advance and not knowing if the calculations for the expected costs are accurate. This involves very high initial investments in long studies.

To me, it seems that accurate body composition data is just what the Healthcare Insurance Company needs to increase its ‘receptivity’; sense the behavior patterns of its customers on the edges, predict costs, use different incentive mechanisms to steer toward healthy behavioral patterns. This would result in lower healthcare costs (insurance premiums), higher productivity rates (regular employers), customer satisfaction, etc.

(My theory is that just due to the fact that payers aren’t able to have proper data inputs on the edges, this ‘pathology’ of the system alone results in higher Healthcare Insurance premiums. With incentives to achieve better body composition parameters, the change would be tremendous.)

Neutralize the beginning risk with a ‘self organizing (healing)’ system?

The tech capable of measuring accurate body composition data (fat free mass, fat mass, and hydration ICWECW) is currently confined only to hospitals and different medical centers. I am aware that many companies are trying to make this tech accessible, so the question is when not if this tech will ever be at the palms of our hands.

; do you think it would it be possible to create a hApp that would incentivize people people to stay healthy with good diet and enough physical activity ? The first thing that came to mind when thinking about this was Steemit (I still don’t understand where the money comes from and started reading the whitepaper). Maybe something similar, where people would be incentivized to keep body composition parameters intact, be rewarded for helping others achieve goals, different peer pressures instead of writing ‘quality’ posts (like on Steemit). Maybe the financial reward would be an agent-centric NON FIAT currency that would be able to handle the complexity of the changing environment. From what I think I understand about agent-centricity so far is that it enables you to manage complexity far more easily (like increasing/decreasing supply based on certain parameters, like in Holo for instance).

Do you think it’s possible to create a system that when for instance, with proper incentive mechanisms (game theory), a hundred people join, their average body composition data improves for lets say (10%). When the next 100 join, the same average can be drawn, and so on, and so on. With a ‘self healing’ system like this (if possible to construct) Insurance Companies would automatically ‘eat up’ the ‘self healing’ system because there would be zero risk in in getting involved. The data proves that the average body composition of the participants always improves, and would therefore know that the costs will be lowered, without them spending a single dime on trying to themselves financially incentivize individuals. Once in one payer would reap the benefits, others would have to do the same thing and try to compete, or else they will be no more.

My thinking is that this would open the doors for payers to slowly increase incentives from their own pockets and significantly change the relationships between the participants of the whole healthcare sector. With prevention standing before curing and management of diseases, USA’s $4 trillion healthcare bill would be significantly lowered (not counting the increased productivity).

So the hApp idea is basically a ‘self-healing’ hApp that would get ‘engulfed’ by the Insurance Industry.

There is much to explore on this topic and would invite others on this forum to join the conversation and share your thoughts. Please feel free to criticize my written thoughts, it is only the wind that makes the pine stronger

Boy, do I (does @artbrock) have a resource for you…

The story of Buurtzorg is also an interesting approach:

“Potential cost savings of up to 40% have been calculated.”

Buurtzorg: the Dutch model of neighbourhood care that is going global

Very interesting…thanks for sharing ! Interesting concepts and profound implications. I will research more about these…

List of some companies in the business of health as an indirect service (namely - access to network of gym) to offer you some inspiration or to come up with business models.

In regards to specifics around your idea - how do we currently do following:

Please elaborate on tools currently used, process of how this service is availed basically the process flow - with pictures and descriptions. Such that people with technical background lacking domain knowledge can visualize it. This will help stimulate further discussions.

Also check out this github repository with description stated below:

If time permits skim through National Prevention Strategy released in year 2011 can give you some more guidance on Services that can be offered in Preventive Health space.

@burrr please find my brief Introduction and Skills on offer.

FunFact: I did my short training under Preventive and Social Medicine department in Mumbai (2009) and spent a year at Johns Hopkins University (2011 - 2012).

I’m brand new here, trying to get my head around Holochain tech.
We seem to love games and competing more that we fear lingering ill health or an early death.
I’d expect that as soon as we’re more able to measure health in real time, it will become almost gamified and we’ll even compete with each other for say 'slowest biological aging". Expectations of what is possible will rise.
Here in the UK, the COVID19 healthcare motto was basically saying our behaviour can “save the NHS”. i.e. our behaviour has the largest impact on the capacity and costs within the health service. Hopefully the penny will drop… another way to ‘fund’ the NHS is more preventive care…at a personal level. However, it is quite event (to me at least) that preventive care isn’t necessarily what large pharma would encourage. Who wants to encourage cheap vitamin D to lower risks associated with COVID19 or seasonal flu… not pharma.

**I’m interested in self-sovereign identity (SSI)… and self-sovereign clinical data. **
Normally, I’d expect SSI data to be kept at the edges (in the owners device), but with an hApp it would be possible to keep the data distributed and still just as self-sovereign?

I’m not sure I understand the question well enough to give you a satisfying answer. What do you think is the difference between non-Holochain- and Holochain-based SSI data?

I guess I’m trying to understand who has control and visibility of that data. Normally I’d expect SSI data to be held on a device which is controlled by the owner of the data, but really what is most important is that access to the data itself is controlled by the owner.
The disadvantage of the data being on a single device is it can be lost. So, I thinking that if the data is kept on a distributed store, then it must be safer; if it is also still as private. How do I make it private? Must it be encrypted or is it just not visible to others?
Another point I’m not clear on: In other systems I’d store the SSI data on the phone, but a hash of that data on a BFT distributed ledger. Can I do that on a Holochain based system?

Maybe if I could see that this is similar to some other system x but with some other difference, it would help me visualise what to expect. e.g. “A Holochain app is a distributed app and database that is guaranteed to execute when triggered by certain conditions. The cost of execution is x. Holochain apps are scalable because…”

Have you read any articles or documentation so far? Just trying to get a good sense of your current level of awareness of concepts and general knowledge, not only on Holochain but other distributed systems.

Apart from following ETH over several years (but not very closely as I’m not convinced about scalability) , I’ve seen a Holochain intro video about two years ago (and purchased some tokens on a hunch it might scale), I’ve also been looking at Siacoin and IPFS; I’m most familiar with Obyte and their autonomous agents.

Firstly @luc Luc welome to the forum, consider introducing yourself in our WelcomeThread, being a HOT investor if you need guidance on how you could engage with or support Holo ecosystem then reach out to DaYa @Daya.

It is very interesting to see your first interaction in this forum is under this post. Would it be safe for me to assume Healthcare / Wellness space is where your passion is, in lines with @burrr creator of this post?

Hopefully the penny will drop… another way to ‘fund’ the NHS is more preventive care…at a personal level. However, it is quite event (to me at least) that preventive care isn’t necessarily what large pharma would encourage.

That is great - how can we help you in your journey translate interest into action. 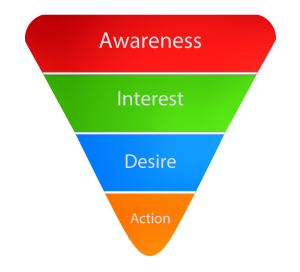 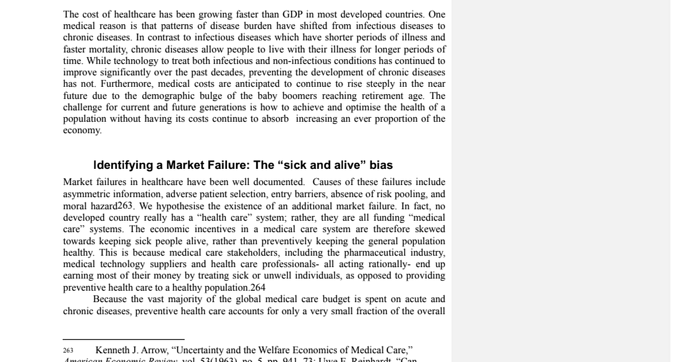