Wow, do buying clubs have that sort of influence in Sweden? That’s impressive.

Well, I wouldn’t say that buyers clubs have that much influence right now, although there is a rich tradition, one of the largest food chains in Sweden is a cooperative even though it’s governance does not quite reflect that fact.

However, we are very conciously trying to assemble people, organisations and companies etc that are interested in cultivating a movement in the direction of regeneration. This is kind of the core function of Food Shift, which hopefully can be the larger holding process of Shiro (although Shiro is meant to be fully open source and replicable wherever it may be of service). I’ve written this introduction to my perspective on what we are going for with food shift if you’d find yourself low on reading material

Point of previous paragraph being, we are looking to have values buy-in first in order to get better tech adoption too. Making sure we develop for the needs that are there.

I wonder what that sort of topology would do for carbon emissions in the food system. Would it make them better or worse?

yeah that is super interesting. Makes me think of the research article Paul Stamets has been refering to for a long time about fungal intelligence on logistic organization. Basically, a slime mold was introduced to a petri-dish scattered with food in a pattern that replicated tokyo urban centers. The slime molds first made all-to-all connections between all of the scattered foods, but after that lots of die-back in hyphea reverted the network to a few high-throughput lines of connectivity which was almost identical to the tokyo subway line.

Maybe that is how we easily and optimally plan for efficient nutrient transport in society!

Ha ha, yes, fungi and slime moulds are so brilliant (so is Paul Stamets, even if he wasn’t behind that particular study). I’d never heard of that study before, but I have heard of people using Physarum slime moulds as computers before! Maybe we should replace all our roads and trucks with actual slime moulds that are bred to be strong enough to carry our food for us

From some of the scuttlebutts, which means you probly know at least one of the contributors: 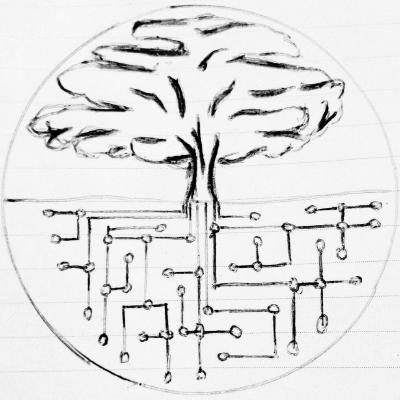 Ah, thanks @bhaugen! I hadn’t seen it, seems like the site is not currently up but surely lots of things to borrow or learn from there. I’ll reach out to Mikey when we are ready to spec more. Do you know if cobuy has been looking towards REA?

Do you know if cobuy has been looking towards REA?

Mikey was one of the original ValueFlows founders and set up the valuflo.ws website. He and Agent Lewis created https://github.com/valueflows/resourceful as a VF experiment.
I don’t know if they used any of that in Cobuy.

Please count me in as being interested in collaborating. I’m a small food-system producer and could help to design/build/test the parts of the system that interact with that node as described in my post Business Ordering Application. My area of the Southeast US has all the same buying clubs, small producers, small farmers, and interested local buyers like you describe. Like you I really want leverage the HoloREA concepts too. I would like my first iteration I deploy to be really simple because I know I have a lot to learn, but to have the core Resources, Events, and Agents in place to extend it in the future.

I just saw this. Any interest in doing a contest entry? Even if the idea is not selected for prize money, it could produce some visibility and other benefits.

Starting this week, the Food System Vision Prize invites people around the world to envision a more regenerative and nourishing food system for the future. The Prize, launched by The Rockefeller Foundation in partnership with SecondMuse and OpenIDEO, is an invitation to develop a positive, inspiring description of your food system in 2050 as you believe and hope it will evolve. Ultimately, The Rockefeller Foundation believes these future food system Visions can ignite a movement aimed at driving food system change, trigger policy shifts, identify investment opportunities for innovation, and ensure the well-being of people and the planet.

Applications should reflect principles including sustainability, diversity, tradition, and the power of food to connect people. While the prize is open to organizations globally, applications submitted by teams of multiple organizations from across the food system — think a university paired with a city government or a start-up together with a research center joined by a group of chefs — will be prioritized.

Throughout the evaluation process, semifinalists will receive substantial mentorship and support from organizations working to build a better global food system, including Food Tank.

Applications are due by January 31, 2020, after which semifinalists will be announced and invited to submit additional materials. Prize winners will be announced in September 2020. A prize of US$2 million will be awarded to up to 10 Top Visionaries, who will each receive US$200,000.

Do you want to apply or learn more about the Food System Vision Prize? Find out more by CLICKING HERE.

wow @ViktorZaunders… there’s your meal ticket! What I like about Shiro is that it looks at the ‘adjacent possible’… it humbly looks at what people are already doing, and then asks how it can increase the strength of connections in that space to make it even stronger. Incremental yet also revolutionary for anyone who cares to look past its unassuming first impression.

I just saw this. Any interest in doing a contest entry? Even if the idea is not selected for prize money, it could produce some visibility and other benefits.

Yeah, that is a very interesting prize! It’s enticing to start another application run, but I am also a little weary of the energy and direction where that goes. Could be great though.
Questions are not to difficult to answer I think: https://drive.google.com/open?id=1hWMz7eWbI9drG8ZTKD9zwXxPNQz0CGvx

I actually don’t know what legal entity would be useful to apply with. Food Shift is only an open collective so that’s not an option…

I’m willing to try my hand at the entry, but would have to get going quickly. I have a variety of organizations that I could pitch it to in order to get a prime sponsor and a supporting team, but I haven’t started any of that yet and it could take a while and it will be non-trivial to get farmer/food people on-board with a technology project. Still it would be a great learning opportunity for me at a minimum to create a pitch and see how people respond to it. Worst case I could just submit it under my own small business entity initially.

yeah, I sense some reluctance in me, feels like though there is a lot of promise here, I just don’t see how to fit this 30.000 character application slipping through before Christmas. Feels like I’d have to drop lots of things and competitions feel so uncertain to make this really attractive to me.

Hi @ViktorZaunders - Great to see this thinking going into Shiro. I wonder if your models could overlap?

I spent a few years experimenting with a similar idea in Seattle a few years back. We had about 15 producers and were experimenting with buying circles which we were calling “e-co-ops.” https://kamalpatel.co/portfolio/ubrlocal2/. We also did a peer to peer model with about 700 people in Seattle. https://kamalpatel.co/portfolio/p2pfood/. We ended up pivoting towards food waste and circular food economies and interestingly have been modeling our systems after the concept of “mother trees” which is symbiotic with mycohrizal.

Since you’re using similar thinking, I wonder if our two concepts could work together? I’m also looking at Holo-REA as well.

Doing a zoom call on Tuesday at 11am PST on our work. Let me know if you’re interested in joining.

Yes I am sure that there is a lot of overlap. Unfortunately I have an online course at that time.

Maybe I can join at a later stage, I would love to keep track with how you are proceeding with this. Have you tinkered with the holoREA codebase yet?

Thanks Viktor, I’ll record the session and post on our BASYN thread. HApp Idea for Regenerative Circular Bio-Economies (Pilot)

And I’m not a developer so I haven’t gotten into the code, but I believe pospi and lynn will be on the call, so perhaps they can help us think about how we can collaborate.

Are you building with holoREA’s codebase?

Looking forward to collaborating in the future.

No, we haven’t. I’ve just watched Pospi go through the code. Our super simple hack a year ago for a logistics thing was not done with REA.

yes, me too, looking forward to what is emerging!

What is the current status? And are some of these groups you know interested in something like this?

(I do know that our local buying club could use better software, especially when it comes to local farmers, since my job was loading produce into the catalog. And way more important, our local area could really use something to coordinate food production and consumption. I don’t know if we could organize that, but if we could it would be really helpful…)

Thanks for driving in @lynnfoster!

Current status is coming back into designing and modularizing it in order to figure out where to start.

What we have been focusing on the last 6months here in Sweden (@kristofer, me & another collaborator not on the forum) is that we have gotten some grant funding to run an information spreading project working with buyer’s clubs and kooperatively run stores in Sweden.

In the project we are actively networking existing organizations, helping to elicit best practices and learnings, hosting collaboration spaces. We are also creating a handbook through the learning process on how to start more of these organizations.

@kristofer just created this map around the orgs we are in communication with:

Our experience in this project is that there is a general need and openness for support software, especially around how to more simply connect and include local producers.

We did this as a way to validate our ideas around what was needed and in order to create the network of orgs that would be recipients/co-creators of the systems.

I think we are leaning towards step one of Shiro implementation being creating an open inventory system, so that we can start flows of goods and include more parts from there on.

I would love to do a process, similar to the one Kamal is doing with BASYN, where we map out some initial flows using the Valueflows and REA vocab.

I’m somewhat skeptical about this. Farmers and retailers don’t know much about technologies. Even a former programmer like me would have difficulty with managing this system.

I would love to do a process, similar to the one Kamal is doing with BASYN, where we map out some initial flows using the Valueflows and REA vocab.

Sure we can do that. How would you like to proceed? Besides https://valueflo.ws doc and various videos from Holo-REA, there is a doc in progress to try to give some guidance on initial mapping of value flows. Olive Oil Flows - Google Docs (sorry for google doc!)

Or we can do a video call.

P.S. Will your software be open source?

After the call with Kamal I will try to isolate a flow that is useful as a starting point for us and model it. I’m sure a video call would be useful at that point, but I think it is good for me to give it a go first!

Yes! We want to make it all open source