Usually I am more energized by building tech than by talking about it, but I am so excited about what my son and I did over winter break, that I just have to share about it here.  In an odd kind of busman's holiday, I spent a good chunk of my time off writing a Holochain application.  Coding with my kid is just pure pleasure for me, but I have to describe the additional incredible experience of having spent 4 years building a tool, and now suddenly being able to use that tool to build what it was meant for: creating collaboration applications.

Read Article: https://blog.holochain.org/decentralized-next-level-collaboration-apps-with-syn/
8 Likes
Holochain and the Metaverse - what are the possibilities?
The-A-Man March 13, 2021, 10:47am #2

Hey, does it mean that something like ("Real time" in Holochain games) is not that far-fetched, or am I simply getting overexcited?

I used to make games in C++ a long time ago; [here’s one I made all by myself: https://www.youtube.com/watch?v=foi_vbH1kFY; don’t judge please…]. Anyway, the key thing that turned me off of it was that the network-code of almost all game-engines was based on a client-server model; yes, MMOs are deployed slightly differently, but for all common purposes you have no option but to deploy expensive game-servers, either on your own or through some professional cloud-service solution (such as AWS GameLift). And we already have plenty of reasons to hate the cloud. And most importantly, the people who develop are often not the people who are at all interested in operations… Managing API keys, SSL certificates, orchestrating your deployed servers, and most importantly, trusting in your cloud provider’s ostensible audits and security-certificates (especially if you have trust issues; haha!). And some of the same issues repeat in the domain of collaborative/competitive real-time gaming as well…

So does it (Syn) mean that, at least theoretically speaking, Holochain can power some future p2p game-engine? After all, a game’s network needs can easily be transformed into a Syn data model; all the movements and motions in these games are just deltas after all (literally; in fact, that’s how they’re expressed in the game-loop). And, if I remember correctly, @dellams did succeed in getting Unity to talk to a Holochain DNA (a long time ago though… in the pre-RSM times… via web-sockets or whatever…).

As for the latency and syncing, I don’t exactly know whether Syn propagates entries in real-time or evokes direct remote-calls (would look into the code someday; right now, I’m obsessed with market-externalities; haha!), but either way, assuming that in a simple FPS (First Person Shooter) scenario, each player in the game-session runs one and only one instance of a Syn-style-DNA (running behind their game-window, in the conductor, both communicating efficiently (through signals or whatever)), is there any solid reason why it might be slower than the traditional “one player being the host, validating everyone’s moves and making sure nobody cheats” style? The way I see it, it might in fact be faster than the traditional model (for instance, network traffic wouldn’t have to do two trips to reach another player)… [One might have to work out some way to make “time” fit in somehow… “Time” is all that counts in games, after all…] 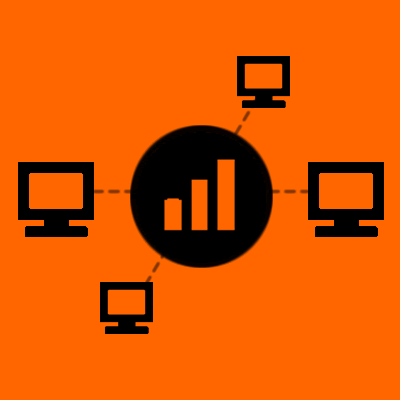 Playing a multiplayer game is always fun. Instead of beating AI-controlled opponents, the player must face strategies created by another human being. This tutorial presents the implementation of a...

Excited to see how this gets integrated in acorn.