To started to learn Holochain this January.
I was using this command: nix-shell https://holochain.love.
I always used version 0.0.42-alpha5.

And the command nix-shell https://holochain.love sucked because it uses the latest version.

You can read (not very intelligible for a novice) on Holonix website (https://docs.holochain.love/docs/configure/) how to use nix-shell with old versions. 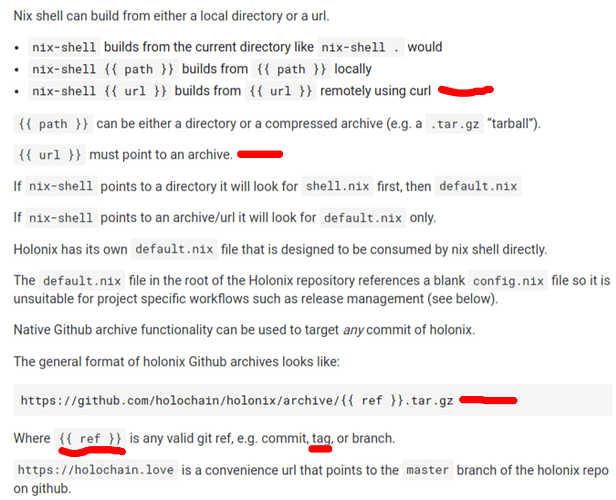 PS: I’ve tried to use nix-shell with local package tar.gz (from assets that are in Releases · holochain/holochain-rust · GitHub). But it hasn’t worked (some mistake I don’t know yet 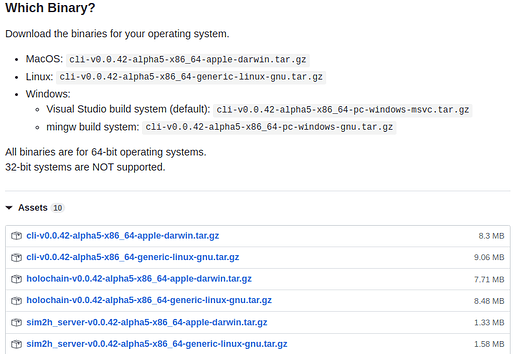 hi @guillem you cannot use the binaries on github in addition to the binaries in nix-shell, they are two separate approaches

is there something that could be improved in the documentation?

the binaries in nix-shell, they are two separate approaches

Thanks for the help, David!

is there something that could be improved in the documentation?

Yes. The Holo team is releasing new versions of the Holochain repository quickly. Therefore, the documentation about installation doesn’t explain how to use nix-shell with specific versions of Holochain, sim2h server… It only shows how to use the latest versions of them.

holochain.love points to holonix and is only updated after we have tested it heavily, the holochain release cycle is much faster and often includes bugs that need to be picked up and fixed in QA