After the call with Kamal I will try to isolate a flow that is useful as a starting point for us and model it. I’m sure a video call would be useful at that point, but I think it is good for me to give it a go first!

Yes! We want to make it all open source

I’m somewhat skeptical about this. Farmers and retailers don’t know much about technologies. Even a former programmer like me would have difficulty with managing this system. 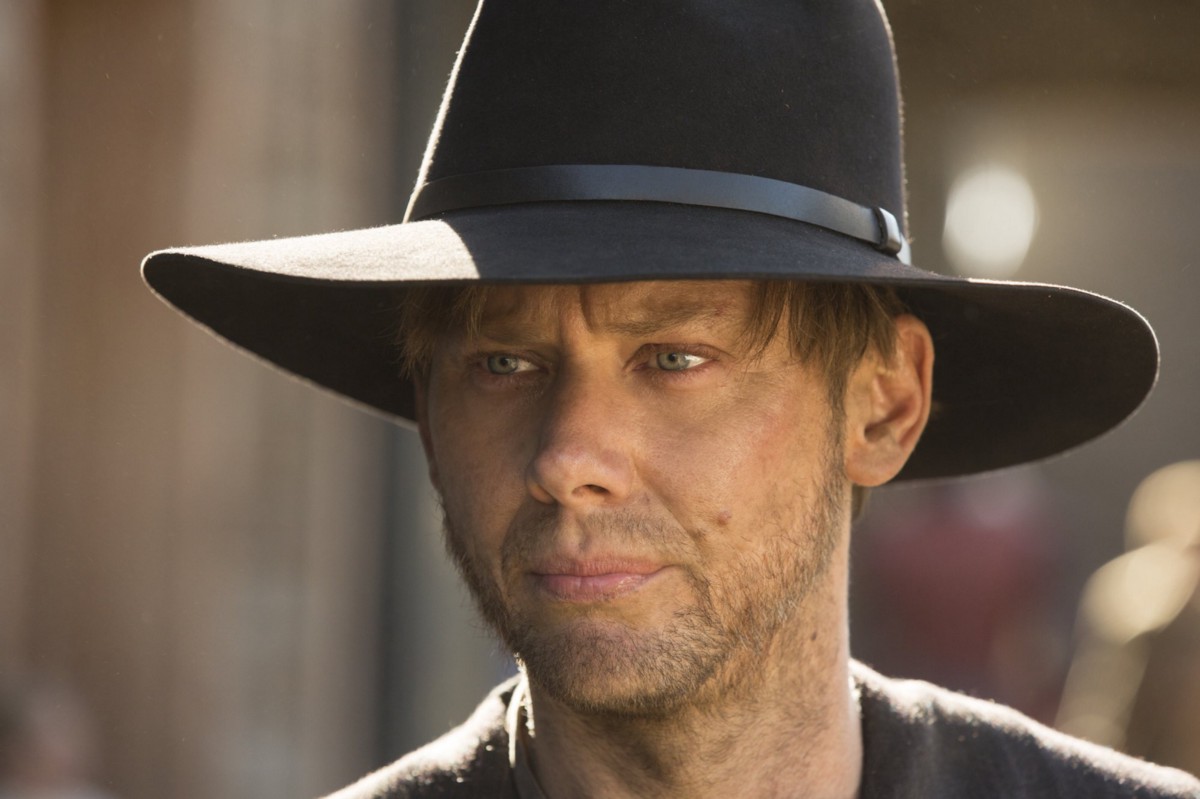 How to use your Black Hat for good

I’m a critical thinker. I’m a coder with a background in maths — I excel at taking ideas and problems apart. The blessing of this is that I…

“In the context of collaboration, I’m fantastic at reviewing, seeing vulnerabilities and threats. Historically, I’ve also generated a lot of pushback for quashing fledgling ideas, or ‘always seeing the negative’.”

“in a visioning session I deploy the Black Hat (critical thinking), because it’s a strength of mine. Meanwhile, others in the team are wearing the Green Hat (generative, exploratory thinking). The combination feels bad, because most people know that things being suggested aren’t perfect — that’s not the point of the exercise at this point — but I’m engaging by breaking other peoples ideas while bringing nothing new.”

One more quote, which embodies the question I want to ask you:

"“In what ways is this [the idea for Shiro] falling short of our desired values?”"

What experiences are you drawing on in your statement? Are there stories you could share that we could benefit from? What do the holes you see look like? If you have any, what alternatives or improvements can you imagine?

I was envisioning an application that any experienced linux user can easily install and deploy.
For regular computer users, it should come in the form of a windows installer or a single windows executable.

I browsed holochain repositories and was disoriented by lack of organization. I’m accustomed to install applications from a linux repository.

For example, I tried to install h-wiki from https://github.com/eyss, but I was confused. I maintain a lot of packages for gentoo linux.

There need to be at least documentations that can be used by package maintainers.

Holochain is still very new to me.

I was disoriented by lack of organization

I hear you. What has helped you become proficient in writing - or supporting others in writing - organized open source documentation? Are there any questions you start out with? And what do you use as a template?

If you could, would you be able to drop a few resources you draw on in your daily workflow, or maybe talk about things that inspired you when you were a beginner, that could help some of us to write this more joy-giving documentation?

[maybe we should start a separate thread for these questions, but I definitely think it should have a spot on the forum somewhere]

From my viewpoint Holochain has attracted people who are either extremely geeky or who are extremely non-geeky (geeky = compliment, not derogatory!), and with few in the middle. I think the bridging between those two is slowly happening though. I know that I’ve heard Arthur Brock and Eric Harris-Braun say in a few of their videos that they need more documentation writers, creatives and people interested in communication and pedagogy, to break down some of the big ideas they are working on (and the effects they would have on society).

Welcome to the Forum!

What has helped you become proficient in writing - or supporting others in writing - organized open source documentation? Are there any questions you start out with? And what do you use as a template?

The most important part about documentation is the amount of time, interest, and will you have for it. You have to get joy from putting yourself in the shoes of regular users. The rest are secondary.

I know that I’ve heard Arthur Brock and Eric Harris-Braun say in a few of their videos that they need more documentation writers, creatives and people interested in communication and pedagogy

That’s a big vision which I suspect, no one Individual really wholly knows. It’s definitely multidisciplinary yet related through common datasets, locations and methodologies that link our world. We have to take an augmented reality view of these natural processes and cycles and provide the room, data and time for younger generations to work on and link up, precisely by getting the young involved in creating valid data sets out of ecology. If we do not succeed, we will have big brother’s stethoscope up our rear ends instead of our drainpipes and exhausts. What we need to enslave is inappropriate technology and not the appropriate, as far as disturbing natural cycles beyond tipping points and that’s certainly not us as a dumbed down, dull and indifferent, mule of a species, taken out of Nature and stall fed rubbish.

Right, our vision is to enable regenerative producers to focus on producing. We would love to have a system where farmers/producers simply have a simple installable app to manage inventory of their products (details, quantities, when they are ready, etc). Other people, with other interfaces can ideally handle purchasing and logistics in the system.

Most importantly, have that food certified beyond organic, that is, poli-cultured and biodiversity friendly. Introducing the concept of indicator species with massive datasets of vulnerable species through repetitive observations. Then we can have a landscape level impact on protecting species, worldwide. 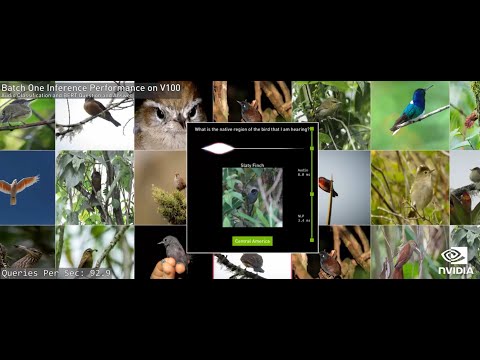 The most important part about documentation is the amount of time, interest, and will you have for it. You have to get joy from putting yourself in the shoes of regular users. The rest are secondary.

As a UX Designer I can’t agree more.

I know that I’ve heard Arthur Brock and Eric Harris-Braun say in a few of their videos that they need more documentation writers, creatives and people interested in communication and pedagogy

I’m interested in helping here. I’m more a UX/UI designer than a developer, so I’m definitely seeing the difficulty of the learning curve on Holochain. Plenty of places to improve. Looking forward to helping build this with you all!

P.S. @ViktorZaunders I announced Shiro and mentioned you in SSB…

@ViktorZaunders and y’all Shiros: consider thinking of it as more general-purpose buying club infrastructure (…but after you get your local needs met). See https://social.coop/@LeoSammallahti/105072617270226314 where Leo asks

Starting up something like that is hard. You need to organize it, set up infrastructure, set up security etc.

Uh-oh, and then JoeyH replies,

Consumers Byline poisened the well in the 90s.

I and the internet assumes he means Consumers Buyline.
See https://en.wikipedia.org/wiki/Keith_Raniere#Multi-level_marketing_career

Totally not going in that direction and going for lots of flexibility.

And of course food seems like a great, super useful step. But then other products are not hard to grow into. Looking forward to talking more!

You have to get joy from putting yourself in the shoes of regular users.

I get joy from putting myself in the shoes of regular users, and I happen to be writing documentation! There’s only one of me, and I only work three days a week, but fortunately there are others in the community who are catalysing broader documentation efforts – @f00bar42, @guillemcordoba, @hedayat, @sidsthalekar, and @tats_sato come to mind. In addition to creating learning materials for the Dev Camps, they’re also chipping in with official documentation and starting work on a series of exercises to help you learn how to Holochain.

Thanks for pointing out that the Holochain repos don’t give you any clear starting point. I wonder if tightening up the repos and giving good signposts on the org page would help? Ultimately we want people to start at https://developer.holochain.org (which is getting a revamp soon).

As for apps that regular human beings can use, we’re painfully aware of the lack of tooling. Developers first, then applications, then users. There’s been some good work recently re: making it easy to drop Holochain’s core as a library into other binaries, so that’s a step in the right direction. But yeah, long way to go yet, we’re aware! But our aim is to create applications to empower normal human beings (rather than just DeFi geeks), so we’re dedicated to the journey. The team’s resources may be modest, but the community is awesome.

I’m interested in helping here. I’m more a UX/UI designer than a developer, so I’m definitely seeing the difficulty of the learning curve on Holochain. Plenty of places to improve. Looking forward to helping build this with you all!

@kamal are you still around? because I’m grateful for this offer – what I’m thinking about a lot these days is tightening up developer UX at all stages – not just tooling but ease of access to learning resources, quality of learning resources, identifying gaps in the ways we’re helping people understand Holochain.

@lynnfoster I am super interested in learning more about ValueFlow, please get me involved.

Meanwhile sharing here a MyMap of PhoenixFoodCoop mapping out folks who supported our KickStarterCampaign and the producer etc.

Though as a group, who have been at it for now more than 10 months in COVID time has been meeting regularly but havent really figured out the way to offer services!

We have done 2 online community gatherings, with 3 test run - website purchase and pickup after a week (with few board members) involved.

On the flip side, my chinese wife, using WeChat (and spreadsheet sorta plugin) makes regular purchases on a weekly basis, with her vendor (who imports from China and sources food from California).

Some of the challenges noted:

@lynnfoster I am super interested in learning more about ValueFlow, please get me involved.

@Aryabhatta sure! The gitter welcome chat is here https://gitter.im/valueflows/welcome. Or feel free to start a new thread in this forum and we can chat there. Or wherever you think appropriate, really.

I’ll read your doc on Phoenix Coop. In a bit of a flow right now, but will get to it!

Thanks for the kind offer @kamal, and also for being frank about your constraints. I’ll definitely keep you in mind for user testing needs in the future!

Excellent @Kamal I have Been just appointed into a government steering committee to oversee and offer advice on an organic watersheds in Central Sri Lanka very close to where I live. I’m also hoping to deploy an environmental education curriculum focused on a biodiversity based certification program to encourage sustainable organic principles. Valuing ecosystem services, reforestation and restoration of the watershed will be the second phase but for now determining the IT infrastructure for the zone, Key Performance Indicators (KPI) for the Farmers and the management of the zone is the first step. I hope some of you will be able to contribute to set up a software based, landscape level approach to organic food cultivation and watershed management.