Has anyone participated in Odyssey before? Its a Commons Oriented Hackathon in the Netherlands with a massive community complex/integral thinkers. We did a five team meta-swarm last year (while co-living on a boat called MARS!) which was incredible!

Theres a number of people self-organising again with the intent to attend again this year, it might seem early (its more serious than the usual hack and slash fests typical of most hackathons) but does anyone wanna co-create on this years iteration?

We’ll be scheduling a few community calls in the near future via this Telegram channel. The tracks for this year just got announced so we’re still in a discovery mode of “who wants to be doing what?” so to make things easier for people I made a comparison chart of the various challenges.

If your interested in joining us, please jump into the sheet/channel and start signalling your interest! Theres a column in the sheet labeled synergies, but you can also signal in channel or during a call… or all the above and beyond as I’m only making suggestions!

You can also share project ideas here if you need a place for long form writing that can then be referenced. You can naturally post however/wherever you like and link in the channel but we’ve been curiously playing with SourceCred on the Discourse/Github infrastructure that previously organised itself… Feel welcome to swarm with group while on your own trip!

We’re planning on having some team members at the Odyssey hack-along, and hopefully more folks from the community.

Do we know which teams attending or people attending have projects that are using Holochain for their implementation?

Excellent, thanks Paul and good to know Bear - I hope others will share their own signals and or retweet yours!

Since we’ve run two hack-alongs at Liminal Village while doing the unopinionated-open-space-until-soloutions-are-needed kinda thing, as well as attending as such a large team last year, we’ve learnt some lessons and have started to think about how to make onboarding as friction free as possible…

We did a few group workshops on Ikigai and feel its a pretty good way of setting our collective compasses, so might I suggest we try something along this Ikigai Onboarding sheet as an experiment!? 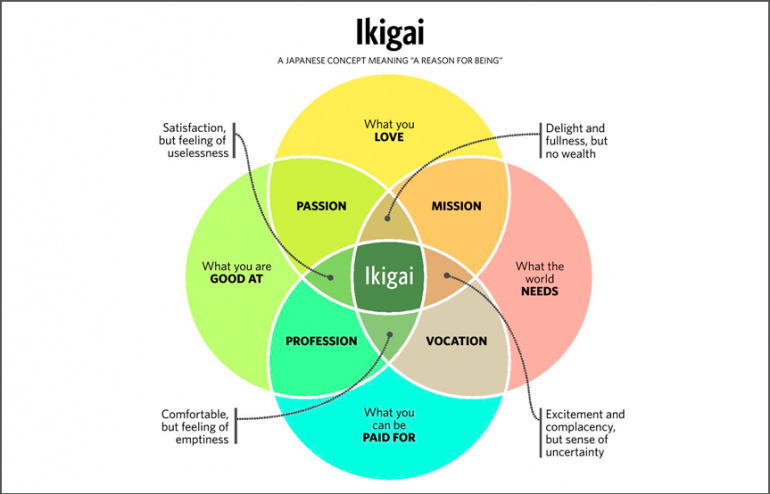 ooo, that’s a really nice framing for finding your ‘sweet spot’ at the confluence of reasons for doing something. So in what ways are you applying it (or planning to apply it) to hack-along onboarding? Matching people up to work on projects feels like one of those NP-hard problems; important to optimise the process!

This is a good question, but I plead agnostic! I’m a learn as we go kinda guy… so right now its just a suggestion to surface useful data/north stars to facillitate self-organisation and discussion!

That said I’ve been passed a tutorial on network mapping/analysis and am thinking about how to ask the least wrong questions… Very much happy to discuss if you have suggestions - I’m afraid NP-hard problems are new to me (at least in terminology)!

oh heh, sorry, ‘NP-hard’ was a geek joke — I meant that sorting a group of people and projects into subgroups by love/skills/needs/profitability is one of those problems that are impossible for computers to find a perfect answer for, but possible for humans to fudge to a ‘good enough’ solution.

I would love to learn more about network/ecosystem mapping and analysis too. Don’t know much, but I can point you to people who do: Christina Bowen, Sophia Gallagher, and Robert Best are my favourite cartographic colleagues.

I meant that sorting a group of people and projects into subgroups by love/skills/needs/profitability is one of those problems that are impossible for computers to find a perfect answer for, but possible for humans to fudge to a ‘good enough’ solution.

Does the traveling salesman probelm fall into an NP-hard problem? A community member shared this previously, which may be somewhat relevant?

Also looking into the Ikigai Onboarding experiment a bit further it seems that the diagram known to the internet is a westernisation… so I’m not sure how relevant the above diagram is… heres an interesting post for anyone questioning the semantics of above!

I would love to learn more about network/ecosystem mapping and analysis too. Don’t know much, but I can point you to people who do: Christina Bowen, Sophia Gallagher , and Robert Best are my favourite cartographic colleagues.

Awesome, thanks Paul - I’ll reach out to them and see if they can help, much appreciated

Yup, TSP is a classic NP-hard problem. Interesting how analogue systems have an easier time figuring these things out than hard math-based digital systems… in addition to human brains, quantum computers, and now analogue oscillators (never heard of those being applied to combinatorial problems; thanks for the article link!) slime mould computers are good at them too. It’s a fun time to be alive!

Thanks for that other article; nice to see people challenging frameworks and improving on them. It’s an interesting framework… Wonder how it intersects with different types of personality and what drives them the most? I mean, I’m sure all of us on some level would love to find a sweet spot in the centre of all drivers, but some of us are perfectly content to land in the place where skills, interests, and income lie, and aren’t concerned about what the world needs. Bizarre to me, but I know these people and they seem genuinely happy!