Hope everyone is having a splendid day

I have an idea for a hApp - a medical device controller.

I have recently been lucky enough to have a spinal cord stimulator (SCS) fitted. It is essentially a small microprocessor/pulse generator much like a pacemaker which has a wireless rechargeable battery included. It comes with a controller which one uses to turn it on or off, the power up or down or change the type of ‘program’. The controller communicates via a low power radio frequency with the stimulator which is ‘hidden’ under my skin. The controller is a clunky box with limited functionality which can’t be communicated ‘over-the-air’.

It makes perfect sense for the device to be protected from external connections for obvious reasons but its not all that helpful if you don’t live near to the specialits. I asked about the idea of a phone app but was told that there were privacy concerns from both manufacturers, regulators and users. Holochain immediately sprang to mind!! A hApp where all of the data was held by the user and could be shared via an unenclosable carrier with agreed specialists would save pain and discomfort for users who have to travel, save time for specilaists, save money for providers/users and even allow for more information about how the device is operating for the user too. For example should there be a need to do a universal update to all devices at the moment each user/patient needs to return to hospital and have an appointment of approximately 20 mins. If the update could be sent over-the-air to each patient who then have the option of agreeing to the update or not it would save significant amounts of time/money for all involved.

From what I understand tens of thousands of these devices have been fitted by surgeons accross the world. The main manufacturers are Medtronic, Texas Insturments Abbott/St Judes and Proclaim DRG. My device was made by Saluda and its unique in that it is a closed loop feedback system that ‘senses’ the required level of stimulation needed and provides it within a ‘level’ specified by the user much like nise cancelling headphones for pain. Approximately 400 of these have been fitted worldwide and 70 in the UK.

So my imagined hApp would be on my smart phone, it would allow me to see the current charge level, the number of battery charge cycles, program choice (sensing or ‘dumb’ for example), stimulation level, stim. cycle history, data repository etc.

A consideration for a phone app is that I’m not sure bluetooth is secure enough for medical devices and most smart phones don’t have alternative frequencies available. Maybe this could be overcome with an accesory that can be supplied with the device which connects to the phone.

The other alternative would be a hosted hApp that you connect to via a computer and an adapter.

The specialist I spoke to at the hospital was keen on the idea but said he would need to know more about how it works… I can’t claim to have given an indepth explanation of Holochain! If anyone else thinks its a good idea or would want to speak to the Saluda representative I can put you in touch.

If you have made it this far into my rambling I thank you!

Have a lovely day and take care

This is a great idea! Wish I had the means to support something being developed in this fashion. I’ve heard of a couple of medical records systems being explored. This is the first idea for medical devices. I think that a whole health management system that includes both records and devices could be developed. Doctors could then check device usage and make adjustments remotely. Each patient would be their own Holochain network.

Thanks for the reply

Oooh I like that… you’d be able to control who had access to your records too, so they couldn’t be “inteorgated” by the insurance/pharma companies etc unless you wanted to share with them. There is actual a bit of an uproar about that here in England at the moment because the NHS have signed a deal to upload “anonomyised” medical records that aren’t all that anonymous. 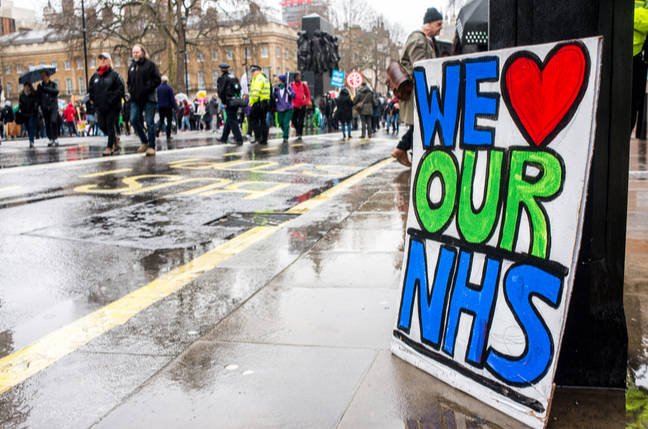 Hello @luc I saw that you were discussing medical data in a post back in Apr last year, specifically SSI data. Are you currently looking at this sphere?

I saw from that thread there is also an interesting idea that could be combined into an overall health hApp that allows for the retention of records, the managment of implanted devices/health tracking devices and rewards for postive health activity through Wellness Tokens that could be redemeed as discussed in the attached pdf, posted by Aryabhatta - hApp for increasing the 'receptivity' of the Healthcare System - #12 by Aryabhatta

Here in the UK we have a slightly odd system in that we have the NHS which in some ways de-incentivises personal responsibility for health as it is there to “fix” you no matter what (we do also have private healthcare). However there is significant understanding that prevention is better than cure and so we have had long running government funded campaigns on TV, radio and print for healthier eating and more excercise - Covid19 has prompted an increase as the implications of co-mobitity have become apparent. Up until recently there were salary sacrifice schemes that enabled employees to buy a bicycle via a governent funded voucher that was priced at a discount which corresponded to the government added tax of the purchase price - https://tinyurl.com/2nmfsz8m - UK GOV website pdf. So we are not alien to the idea of vouchers or indeed discounted insurance for “positive” healthy behaviour monitored and uploaded via a smart watch and company apps like Vitality Insurance use - Vitality Rewards | How Vitality Rewards Work | Vitality.

Hope everyone is having a wonderful weekend, I had a walk in the woods which was particularly revitalising earlier. I sometimes forget how beautiful sunlight is as it dapples through the green leaves of the trees.

Maybe a good way to incentivise the medical device makers to produce the best device they could and to pay for research would be to pay them via a currency that is linked to the pain experience they reduce for the patients. That could be measured via self reporting, activity levels, medication reduction etc

It could save overall medical costs due to the improved health outcomes for the patient. Many of the devices are fitted for people who suffer debilitating symptoms such as pain or heart disease etc which often lead to reduced fitness, further illnesses and diseases.

The data about the devices and their outcomes could be publicly available. Other therapists’ input could be included and the overall quality of the feedback would improve. Patients would have genuine choice and the commissioning medical service would be able to direct their money to the most effective treatments which are often a combination of therapies rather than one ‘simple’ fix.

Patients could be rewarded with a currency that could be spent on things that can improve health outcomes like healthy food, sports clubs, gyms, therapy, family events, classes, meditation apps etc.

With enough information it might be possible to find the most holistic solution to often intractable medical problems rather than either using the most financially rewarding or the easiest to implement.

Anyway, thought I’d just let my stream of consciousness out

Hope everyone has a fab day. It’s the weekend soon and everyone deserves some down time. Hope you all find some peace. Take care