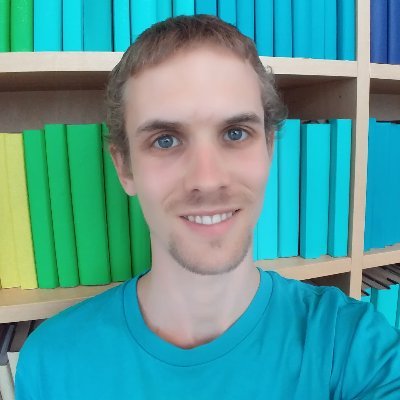 You may have heard about virtual power plants, such as in South Australia. Energy storage is aggregated with many residential batteries, and the energy storage is discharged when power prices are high, resulting in credits on electricity bills,...

TODO: I need to read through Commons Engine materials and compare with this model for funding public goods:

1 Like
I have ideas and skills with crypto, Rust, research, development, technical writing, etc, but limited cash and no job nor income
jamesray1 December 12, 2019, 2:40am #2

If I had to pick one happ to work on, the ones that are already planned by Redgrid are promising. While I’m not exactly sure what all the happs they plan to build are, I think they include for demand response, electricity trading, and virtual power plants and energy storage plants. I don’t know if crowdfunded renewable energy assets would be included, and same for electric vehicle charging networks. @mikeg? So I could pick one of these to work on. At any rate I would like to work on an energy-related happ, as that would be a better fit with my background in renewable energy (engineering).

I have ideas and skills with crypto, Rust, research, development, technical writing, etc, but limited cash and no job nor income Projects & Partners

There is no Projects and Partners category to select, so I can’t enter the offer tag as it is restricted to this category and subcategories. I have skills and ideas, and would like to be involved with developing a happ or building Holochain, but I also have needs and need a job and an income to meet those needs. So I’m posting this here to communicate that and hopefully connect with people who have a need for more skills and human resources and have the financial resources to support extra ski…

Quick aside: What are your thoughts on Basic Chat? https://github.com/holochain/basic-chat

These grander visions for Holochain are great and necessary, but right now the tech is in its infancy and just being able to mimic current-gen web applications is a big win.

In the current state of the internet, if 5 friends want to set up a chat room for themselves there is no easy and low-cost way for them to do that. Mattermost and RocketChat are great options, but setup is not trivial and someone needs to shell out $5/month for hosting. Not a lot, but far from a trivial amount for anyone without an income or living in a developing nation.

The empowerment of self-hosted users has not changed much in the last 30 years since IRC came out.

So personally I’m just very excited to see the likes of Basic Chat mature to the point where the cost and complexity of setup & hosting of such an application has far surpassed the status quo.

I’ll have another look at basic chat soon.

On further reflection, I think it may be best to just get a job. Building a happ should be a long-term commitment, and as I’d rather work on building an energy happ, it would be better to work with Redgrid on building an internet of energy protocol, then energy happs on top that.

As I only have like $5-6 K in cash, it’s risky to get involved in building a happ or business, although if there was a way to get sustainably funded within a short time while working on the internet of energy protocol with Redgrid, then energy happs, then I would do that.

Perhaps if there was another technical contributor who was willing to be able to lead a project if I decided to leave, or scale back work on the project to part-time, to go work on Internet of Energy and IoE apps, and I could get an adequate income from that work (or work in another part-time job) then I may consider being involved with such a project.

That’s the unfortunate truth. Building any sort of app from scratch, web3 or otherwise, should only be done if you can afford to fail.

Definitely prioritize making a steady living before getting into riskier ventures!