Is HOT a security token or a utility token?

I know holofuel will be a utility. But what about HOT? Is it a security token or a utility token? It’s not performing a utility like it’s swappable counterpart, holofuel…

Anyone have any perspectives on this?

Bad terminology for this space.

What do you mean exactly?

Just to make sure we’re on the same page, 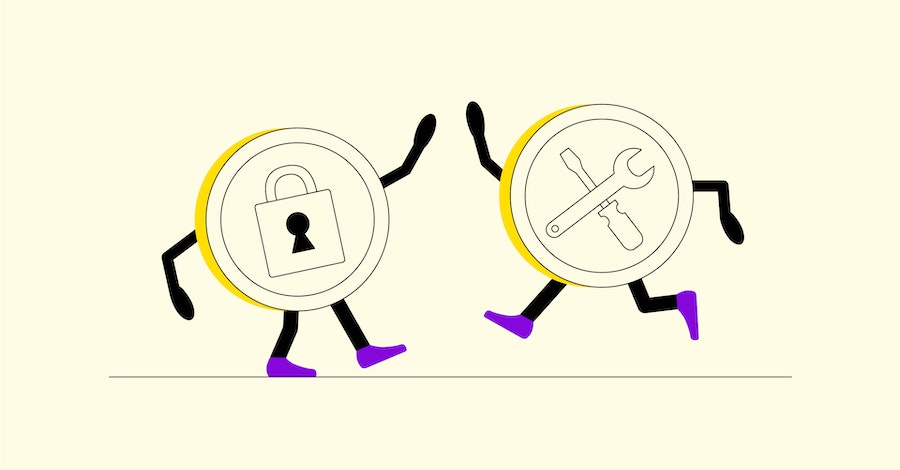 What is the difference between Utility Tokens and Security Tokens?

Did you know that the Ethereum blockchain is a provider of the most comprehensive platform for external token projects? In the meantime, the regulatory status of tokens is still subject to debate in most countries. Read on to learn about the...

There’s no, and there can be no Security Token involved here simply because no company’s stake is at stake here. In buying $HOT or HoloFuel, you’re not buying a stake in Holo LLC (the Holo organization, Holo Ltd; Holo - Crunchbase Company Profile & Funding).

As for the utility token thing, that would sound plausible if Holo were, I don’t know, a marketplace for memes which can be bought and sold with (and only with) the digitally scarce (i.e., supply-capped) HoloFuel tokens.

A utility token’s investment value correlates to the actual demand for the utility token. As token availability is capped, token value is expected to increase in line with rising demand. If a token is tied to a DApp, the scaling up of a network may increase the value of a token.

But that is not the case. As should be obvious, neither is Holo a marketplace for memes, nor is it even a simple marketplace for hosting; it’s complicated! Moreover, the supply is capped only insofar as the hosting capacity of the network is. So, as an investor, to expect the price of HoloFuel to skyrocket as the network adoption grows would be all but silly; though that fact shouldn’t disappoint those looking for sane resource-backed money.

It seems my question is reasonable then as the legal interpretation of security and utility when in the context of new currency systems is very much in flux.

Many projects create erc-20 tokens, which is what $HOT is (to my knowledge). And how these tokens are classified (especially if their main utility is to serve as a placeholder or swappable entity for the native currency/coin/token) very much differs by interpretation.

Also, the price volatility of $HOT seems to indicate a story where the token/currency is not as stable as you present and some people likely have made large gains and perhaps accrued large losses due to buying or selling the currency/token at different times.

If you’re ever unsure about how to distinguish between types of tokens, it’s worth remembering the good old “Howey test”, which is named after a notorious 1946 case over in the US. This offers a simple four-point checklist – and if the answer is “yes” to each, it should be classified as a security token. They are: the token being a financial investment, the investment going to a company, the investor expecting to make a profit by purchasing it, and any profit being generated by third parties.

I’m just learning this stuff recently and as it pertains to the field of currency design in general, I thought it was an appropriate discussion for this space. If a common theme is developing currencies that are resilient to various factors (including regulatory and legal philosophy) then it would seems this is an important discussion.

Though of course, it may be more wise to simply forge through with a strong will and hope the force of momentum created bends any legal regulations in a favorable direction for projects like Holochain.

I don’t think 3 and 4 should hold true… Sure, there are many who are in this space in the hope of a big profit, but a rational understanding of the currency should tell otherwise.

As for $Hot, I think what is important is to remember that its ICO was not an IPO in any way. It was more like advance-selling (whereby a seller sells a commodity in advance to its consumption or even its manufacturing). So $HOT should be seen more like a call option which they (the Holo Org) have themselves issued and are thus obliged to fulfil it duly when the time comes. As for fulfilling their promise, 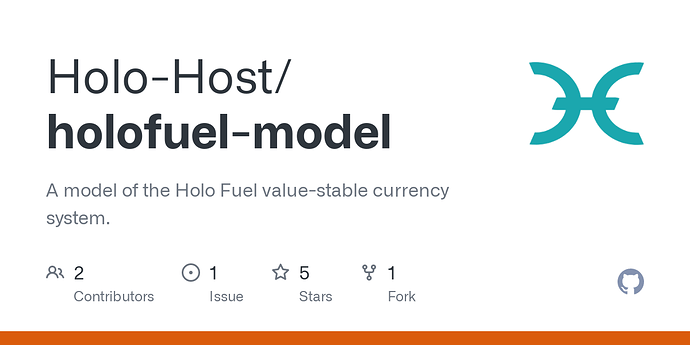 The HOT tokens issued in our ICO represents a special case. This HOT will be convertible to Fuel at a rate of 1:1 once the network launches. However, since we will spend the 70% of ETH received and only saving 30% for initial capitalisation of the reserve accounts, 70% of HOT/Fuel is not backed by reserves, nor by the productive capacity of the network. Instead, this Fuel is credit extended to the Holo Infrastructure Fund to build the network.

This Fuel effectively functions as a floor on the circulating supply since even if all credit limits were removed and reserves were fully depleted. Over time this floor will slowly deplete as we retire it using the transaction fees received from the network.

And yeah, governmental regulations are pathological! I can relate…

Though of course, it may be more wise to simply forge through with a strong will and hope the force of momentum created bends any legal regulations in a favorable direction for projects like Holochain.

And no, I didn’t mean to say this topic is worthless; quite the contrary. Apologies if it sounded that way…
Anyway, I hope someone with the authority joins in the discussion… I’m just a random guy who once went into great depths (almost to the point of it becoming an abyss) while trying to mentally process Holo…

Hi Spirt. Having followed this vexed issue of determining a token’s status (security or utility) with Ethereum ETH, I have been watching with great interest how the authorities, in particular, the USA, might regard holofuel.

We intend to use holofuel in our Health Commons initiative as a utility; however, regardless of our stance or those who issue holofuel, the Australian authorities will probably treat both Hot and holofuel as a security and tax Health Commons and its members accordingly.

If either the US or, say the UK, formally recognise holofuel as a utility, we would probably shift the server and business to that jurisdiction. But, any party (member or user) would still be liable for tax in the jurisdiction they live or operate in. So, your question is very valid indeed if, as a developer of a service, you take responsibility for exposing your clients, members or users to any liabilities as we do. On balance, I would expect (and hope) that the US will recognise view holofuel being that it has all the required attributes and much more. If they do then I would expect holofuel to become the gold standard of Utility tokens.

Hi Sprit, as an update to this subject highlighting the shifting sands of the regulations that will impact these developing hApps for clients. Security vs Commodity?

"The Bill is also making a big move towards regulatory clarity by moving towards defining digital asset terminology and also demarcating certain digital asset attributes under the purview of either the SEC or the CFTC.

If passed, a “digital asset securities” definition will be created to fall under the SEC’s control. Tokens that entitle holders to equity, profits, dividend payments, interest or voting rights, or tokens issued via an Initial Coin Offering (ICO) will fall under this definition and thus the SEC’s jurisdiction.

Under the Bill, tokens required to register with the SEC control may file a ‘desecuritisation certificate’ certifying that a digital asset does not contain the features of a security which would have the effect of requiring the SEC to review the token and, if no objection is raised, the tokens would be deemed not to be securities. This is a rather elegant solution to the problem of regulators declining to confirm where certain assets are not securities.

The bill would require that cryptocurrencies outside of the SEC’s jurisdiction fall under the CFTC jurisdiction along with Bitcoin, Ether and their hardforks already considered as commodities.

This is a slightly nuanced position when compared to the common law position, which is increasingly following the UK’s "