HoloContract vs Smart Contract inside Holochain! I need a proof of concept

I have been thinking about HoloContract for a while and finally recognized that my mind is in a loop and stuck.
I decided to share all my thoughts here and invite you to help me to polish, correct or delete some or even all parts of it.

So let’s see initially what kind of contracts we can have inside Holochain:

I already implemented the Digital-Contract which is available here:
holocontract/DigitalContract at master · HedayatAbedijoo/holocontract · GitHub
however it is not finished and also the UI part still remained and looking for a hand.

Actually that is it. If I find more topics in my mind I will keep here updated.
Looking forward to hear from you.

Holo-REA will at some point implement Agreements, which are contracts defining Exchanges of Resources (like I will trade you a bushel of carrots for some money or whatever).

The human-level protocol for coming to Agreements is called Conversation for Action which will need to synchronize distributed state machines as per the diagram on that link.

The UI/UX for this has not yet been designed, but you can get some ideas at http://conversationsforaction.com/cfa-playground

I’m starting to think about UI/UX ideas now, so if you or anybody else want to be part of the conversation, let me know and we can figure out where to discuss.

A related idea, which will probably come later, is that of composable contracts, which you can search for and find lots of nice documents about how to assemble new contracts from re-usable components.

thank @bhaugen for your reply. I have read these agreement links you provided.
Actually Conversation for Action looks like BPM(business process management), however we can also call it kind of agreement or contract.
It seems you need to have IF…Else, Join…Fork, Transition Conditions(before, after), Re-hydrate state and all other things that we need in a workflow engine. Generally I can guess you need all of them in a supply chain system that totally make sense.

But the HoloContract that I am thinking about is targeting regular hApp business rules in peer-to-peer fashion using all of the cryptography tools.

In Subscription-Contract example, I started to review the purpose of issuing tokens. From access control to identity or API tokens and etc. with all the overload actions we need to have for issuing and maintaining tokens in our peer-to-peer fashion that enable user to consider their Identity and revoking their keys.

Issuing tokens in the centralize architects makes sense, but in the p2p architecture that agent brings his Identity, it seems we need to go for a new solution like Contracts and Signatures!!!

Responding because this feels like a very important conversation to follow. I think that, if a pattern emerges and becomes standard like ERC20, that makes life easier for all devs.

In addition to the above, I wonder if this HoloContract concept can be extended to also implement a general privileges model, and how far this can be taken. Just trying to map out some things:

Therefore, could we have a pattern that’s similar to HoloContracts with its private entries and capability tokens, but is meant for public resources and doesn’t require the authority to be online? I’m thinking of something like public key certificates, where a recognised authority publishes a signature that says “yes, X can do Y”, and then X always produces that signature whenever they try to do Y.

I’m interested in doing a subscription/membership zome.
The mvp use case is to operate a freemium happ. A user would have to pay a periodic fee in holofuel to get access to an happ or parts of an happ.
The basic idea is a zome that bridges to the holofuel happ and verifies that an agent has done a transaction of a certain amount to a specific address before a certain date.
Maybe some cron-like agent would check if a subscription has expired and add an ‘expired’ entry on the DHT, or peers would do that check themselves when ‘dealing’ with that agent (as part of validation).
The hard part seems to be the ‘before a certain date’. It might require some time oracle or notary system.

@pauldaoust thanks for your comments.
Actually I implemented a prototype for Subscription-Contract term and instead of using capability token I used the concept of Digital-Contract.
Just as a reminder: In Barcelona hackathon @artbrock explained how to implement subscription using capabilities.(this video) and then @philipbeadle and @freesig Implemented this example. https://github.com/freesig/subscription_barcelona

So I would like to ask you to take a look at my prototype implementation and let me know what do you think? (look at test scenario in project) 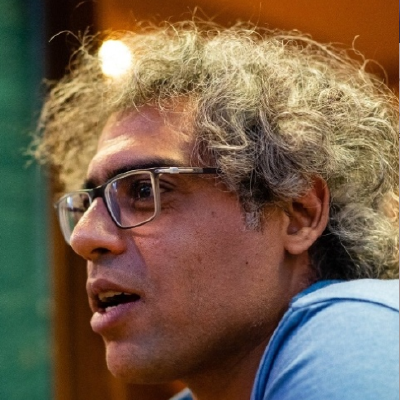 Digital and Smart Contracts on Holochain. Contribute to HedayatAbedijoo/holocontract development by creating an account on GitHub.

By the way, I need to mention since we have an issue in multi-signature entry which stopped me to finish Digital-Contract, I just implemented a fake-contract for prototype version. Fake-Contract should be replace later with a real digital contract.

BlockquoteTherefore, could we have a pattern that’s similar to HoloContracts with its private entries and capability tokens, but is meant for public resources and doesn’t require the authority to be online? I’m thinking of something like public key certificates, where a recognised authority publishes a signature that says “yes, X can do Y”, and then X always produces that signature whenever they try to do Y.

So this is my initial solution for that: Digital-Contract instead of JWT
There is an application X and Alice is a provider and Bob is going to subscribe for the content inside X app. They both started a process and created a Digital-Contract on another hApp named HoloContract.
At the end of process, X app would create a multi-signature Public-Entry with a linked address to the original contract with some metadata. This Public-Entry is going to play a role like JWT in traditional system. this Public-Entry is not the original contract, but it is valid based on the metadat(expiration date or etc) when this Entry is expired, on a new call for accessing data of subscription, they need to bridge the 3rd party application again, and create another multi-signature Public-Entry with new metadata.

Does it make sense?

So great to see this conversation guys.

I have also been thinking about this a lot and how we would implement a smart contract on holochain and whether we even wanted to if there was a better way of doing it such as a holocontract?

As you may know part of my OASIS API that powers my Our World project is to provide a bridge between hc, blockchain, IPFS, SOLID, Activitypub and everything else out there to connect everything to everything and be like a network of networks or the abstraction layer over the whole internet.

P.s loved the past dev camp @hedayat! You did a great job, well done bro!

Like you, I would also really appreciate anyone who wants to help me… thanks.