I have read about the RedGrid project and some of the literature on “currentsees” and have been thinking for some time independently about the idea of an asset backed energy coin.

I think what is needed is a token that is generated by electric utilities when electricity is generated in an amount equal to the power generated per unit of time (eg KWh coin). Such coins could be distributed to the general economy by the utilities who could use the tokens to pay for employees, investments, infrastructure upgrades, and efficiency improvements. The utilities would then accept the tokens as payment for electricity use from customers. Upon receipt of payment by the power producers, the token would be destroyed - closing the loop and preventing inflation. Much like Holofuel, the currency would be asset-backed and value stable, and customers would be protected from inflationary fiat currency dynamics. Any differences between power generation and consumption would accumulate as excess coins, but the excess coins could be used for additional investments to make use of the excess generating capacity.

Linking a currency (such as HoloFuel) directly to a unit of power usage would also help users to focus more on the quantity of power consumed rather than the bill itself.

Tell me I’m wrong, or (better yet) tell me someone in the Holo community is working on creating this and pitching the idea to utilities! It seems simple and measurable and could even be piloted in small communities that manage their own electric utilities.

You’ll want to check out the Internet of Energy Network www.ioen.tech . Amazing Project by the same folks who created RedGrid. They will have an energy token. Check out their white paper and ambassador program. I’m SO impressed!

Thanks for your comment. I have read about RedGrid, and I think its technology is a partial solution to some of our problems. Among other things, what RedGrid is trying to do is stabilize the grid during peak demand (very important!!).

However, I think what is needed is a more generalized theory of energy as currency. Intuitively we all know that access to abundant energy is the key to wealth. This is what separates developed nations from developing nations and explains the relative wealth of countries like Saudi Arabia. Additionally, many of us recognize that what our current money system measures is debt - another word for servitude. Hence countries with lots of money in circulation have individuals, companies, municipalities, states, and whole nations that are drowning in perpetually ballooning debt (as well as nonproductive assets - beanie babies and McMansions). This expanding debt and inflation of the money supply is a feature, not a bug.

As an alternative to debt money, we could use the KWh as the base unit of an energy currency, and each storage vessel (full dam, full barrel of oil, full battery, flywheel in motion, etc) could serve as the reserve. Additionally biomass serves as a reserve, since the hydrocarbons contained in it (as wood, peat, tar, crude) has a certain energy value. Similarly a full granary or stored food has a (kilo-)caloric value that can also be converted to human-fueled KWh. These reserves can, in theory, be loaned through a central creditor (the central energy bank), since the energy is available for distribution on the grid. Biomass (particularly wood) may be a special case, which requires further analysis.

In this scheme, there should be relatively straightforward calculations to value land and capital, but what is needed are new accounting practices. Capital can be either a sink or a source (drain or reserve) on the ledger. For example, a power plant or a farm is a “source” (reserve) of energy, while a home or business is an energy “sink.” Even though desirable (everyone needs a house), we must optimize the sinks and sources. There are also embodied energy calculations and (energy) depreciation costs for every sink or source, which must be considered.

We need to think of land, particularly wild land as energy in reserve based on the biomass (or mineral wealth or wind/solar potential) it contains (potential energy reserve) as well as the ecosystem services it provides (kinetic energy); it is worth considering, for example, the replacement energy cost (both in terms of capital and running expense) of purifying the air and water, pollinating crops, or fixing nitrogen (for a few examples) with present equivalent technology compared with what nature does for free. This provides a more accurate assessment of the value of land and helps with economic considerations about land use conversion. In some cases (marginal land with limited production, for example), it might make sense to convert land use to farms, mines or power plants (consider the energy balance sheet). In almost no case does it makes sense to convert land use to housing unless the ecosystem services remain largely intact. Land re-use, where ecosystem services are already compromised (ie brownfield or urban adaptive re-use), makes the most sense in this valuation scheme.

The primary gaps in this scheme are the value of labor and the value of diversity (cultural or biodiversity). There is some deep relationship between energy and information storage, and we can think of diversity as a form of information storage (memes, genes, or DNA), but how is such a thing valued? Is it knowledge in reserve (for future potential use) vs current knowledge? Perhaps the value of information could be quantified by number of unique bits and its ability to be compressed (mathematical understanding of relationships), and the energy required to store this information. DNA, btw is a very energy efficient information storage system. The value of labor, similar to diversity, is a measure of the knowledge level of the workforce - but I still have not worked out how labor should be measured in energy units. Obviously the knowledge of the workforce can drive improvements in efficiency and productivity, and maybe a UBI can be incorporated to value the labor pool in general. However, certainly some incentives are needed for individuals to work on system improvements or achieve the knowledge required to drive such system improvements (as well as teach school or provide healthcare). Health and longevity of the workforce (another measure of “wealth”) can also fit into this scheme insofar as they measure the productive years of each citizen after training is complete.

Energy loans: Energy can be loaned in this system (based on availability of existing reserves) to identify and reduce waste (LEAN) and improve efficiency of the current system. Energy improvements (after embodied energy is accounted for) will extend the life of existing energy reserves, thus increasing their value. This is an inverted way of thinking about loans and repayment. Loans are repaid on reserves by reducing demand on them!

The best investments in such a scheme are:

The worst investments are:

Arthur C. Clarke, Henry Ford, and Thomas Edison all believed that an energy currency would one day overtake debt money systems like the dollar. I hope the people on this blog and involved with Holo and RedGrid will help to lay the foundation for this accounting system and theories needed to make it work. Let’s collaborate! 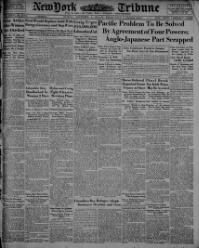 “Waste is worse than loss. The time is coming when every person who lays claim to ability will keep the question of waste before him constantly. The scope off thrift is limitless.” - Thomas Edison

Here’s a patent on a similar energy currency idea:

A system and method for generating a world currency using the kilowatt energy produced by renewable energy power plants (REPP) where one kilowatt hour energy (kWh) is equivalent to one unit of the world currency called global digital energy...

And here’s a good problem statement with evidence for the debt theory of money: