Anything new in rrDHT? How is it different than KademliaDHT? Is the routing/searching algorithms are different?

Hi @premjeet and welcome to the forum! Nice to see your familiar username.

The Holochain team started out with Kademlia, as you probably know, but felt like it wasn’t all that suited to their neighbourhood-based design. I don’t know all the details, so here is my understanding.

Here are some things that did work with Kademlia:

But there was just a bit of mismatch in how Kademlia’s neighbourhoods work, particularly as regards Holochain’s assumptions of resilience (a neighbourhood knows about each other and communicate regularly about data health). Nothing insurmountable — Holochain stuff could be bolted on — but they started to feel like they were working against Kademlia, not with it.

rrDHT takes Holochain’s agent-centric assumptions and embeds them deep into the design. The address space looks like a wheel, and (as with Kademlia) agents and data live in the same address space. Each agent has:

The storage and query arcs can be thought of as small and large neighbourhoods. In the small neighbourhood, everyone knows each other well, takes care of each other, shovels snow off each other’s sidewalks, watches out for burglars, etc. And each person has a different opinion of who their close neighbours are — I might extend that status to someone seven houses away, but they might not extend the same status to me because they’re hardly ever home. In rrDHT terms, I might have more storage space and bandwidth but that person five houses away is just a smartphone and doesn’t have much resources to give away.

The large neighbourhood consists of the area where I know my way around, I know the street names, and I know who lives in each house. But we don’t look out for each other in the same way.

You can see a very oversimplified (and hence not 100% accurate) explanation here in some introductory material I’m writing: https://hackmd.io/JmPpIE0lT7qD8BYOaO6Lyw

Thanks @pauldaoust. So it’s more dynamic, multi-dimensional and like geometricDHT! It works with Chord, Am I correct?

rrDHT is very Chord-like in its geometry, and there are some similarities in lookup method, but rrDHT appears to me to be much more flexible, and perhaps more resilient too. Chord doesn’t specify a resilience strategy but appears to suggest that nodes can map the neighbourhood around them in case one of their peers gets unreliable. rrDHT, on the other hand, is explicit about how to maintain resilience. Lookups should also be a bit faster; nodes can search both clockwise and counterclockwise at the same time.

What’s rrDHT? Has this been built in-house or is it something external that is being used?

All sounds very interesting thanks…

This was exactly what I was curious about regarding small-world networks in another post. Awesome!

What does the rr stand for?

Oh, of course! Thanks

cool, look forward to hearing more about it… is it in the latest builds yet?

Not sure, to be honest — I’ve been trying to track networking development, and it’s hard because I don’t understand the language

but my general impression is that most of the networking lib is still ‘full-sync’ (everyone gets a copy of everything) and there are a few rrDHT-ish components in R&D.

This is a good thread on rrDHT. And i thought i should add more discussion and expand on this topic. I was reading an article on scalability of DHT and it lists certain “ideal benchmarks” that truly performant, scalable and reliable DHT should have. Listed below are the “What defines a complete solution?” which i think are very good references for us to compare to especially when holochain/holo/holofuel transit to live testing.

I also believe holochain DHT falls under the category of “structured but unmanaged” P2P networks?

I actually pose these “benchmarks” questions during the AMA which @artbrock replied to. Here is the youtube link for this particular segment which @LifeSMyth had taken the effort to split up the 1 hour AMA videos into smaller clips by questions. 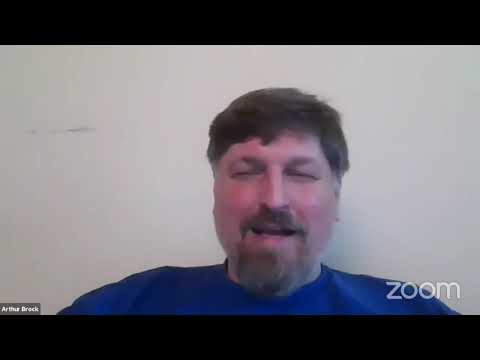 Well, @artbrock did mentioned that every happs will have its own DHT network. In a sense, the load will be spread out among thousands or more DHT apps across the holochain ecosystem operating in parallel.

Nevertheless, i see that right out of the gate, holo and holo fuel will probably be the biggest DHT networks with the most users/nodes. And therefore, it will be great to see how they perform during live test in terms of scaling of node + ability to have short look up times + short delivery delays + able to deal with large churns + 100% success in content resolution + ability to deal with sudden traffic increase/load balance.

suited to their neighbourhood-based design.

Yes looking forward to this. Very close now… the wait is almost finally over… just wish I could get my holoport working in time! Lol

is there any documentation about how it works? /will work?