Let’s gather the different annotations, blurbs and short paragraphs we use for introducing Holochain for various audiences and events (conferences, meetups, workshops etc.)

For inspiration, tuning the communication and creative remixing

Not an elevator pitch by any means. But I’ve intro’d some friends/colleagues into the Holochain world by explaining the exterior context and why Holochain/Holo matters:

Blockchain is the first framework that was created towards issuing digital currencies. It has massive flaws based on the underlying architecture. Any blockchain with a global consensus model like POW/POS, is going to by nature funnel information into the same central chain, over and over. It’s “decentralized” across nodes, but still highly centralized towards forcing data/transactions to flow through the same chain and having nodes forced to come to consensus with each other. This structure works well if it’s for large financial transactions or very sensitive data, where ultimately a larger fee and a long wait period does not necessarily matter. But for typical social or p2p applications, like Twitter, Uber, Airbnb, Facebook, etc. it needs to be cheap and quick, which fundamentally blockchains aren’t capable of because of the centralized nature described above.

In short, holochain is true decentralization, where I can send a tweet without a central organization in the middle, do so without needing it to funnel through a centralized chain, and without needing all of the nodes in the network to come to consensus to allow it to happen.

I don’t see small iterative improvements within the blockchain architecture solving the problems that many are believing in and desiring. It’s going to shift to fundamentally different models that’s are capable of extreme efficiency and scale while guaranteeing the same data integrity.

This is quite common across technological revolutions. When the internet was born it wasn’t the first release, or even the first framework that was what stood the test of time:

We currently are living in a corporate centric world where we cant escape the emprisonment of large corporations when we step into our own house and serf the web. It’s a broken infrastructure, highly flawed, and a blockchain solution doesn’t fix those very issues. This is deeply rooted, where the underlying infrastructure that we rely upon to host content and run nodes needs to be rethought and retooled to even begin to reach the solutions we all desire.

We need a new framework for how to communicate across the web, in a completely distributed P2P manner. Solutions that resemble this are being created in a new and growing industry, deemed the “dweb”, “web3.0”, or distributed web industry. Which is collectively growing in attraction. We already have some technologies that function in this manner, but nothing is sophisticated or user friendly enough to warrant massive adoption. We need a perfect blend of multiple aspects for a “dweb” project to succeed. It needs to be easy to develop on, have a clean user experience, truly be P2P, allow for scalability and security of data, and offer new economic incentives for developers as well community members to move towards it. A solution is going to come from the “dweb” space and it’s going to be a gamechanger, it’s just a matter of which project and when the adoption takes place.

The only project that I have found to have grassroot adoption and check all of the necessary boxes above is holochain/Holo.

Here’s an older one I used for a presentation for the http://kiwi.com developer community (I’d phrase some parts differently now, but):

"In this talk, we will get introduced to the basic premises of the Holochain technology, have a quick look under the hood of the technological implementation and touch upon possible use cases.

Holochain is an open source software library, providing a way to build and run distributed peer-to-peer applications. It isn’t a blockchain per se - it doesn’t operate with global consensus. From the technological point of view, it combines hash chains (every agent has own chain), DHTs (distributed hash tables) and cryptographic signatures. An amalgamation of Git, BitTorrent, in a simplistic analogy. It is “agent centric” in a sense that every agent has their own hash chain, whereby their data are signed (or countersigned for transactions involving others) and then shared to a DHT, where every node runs the same validation rules inherent to the hApp. If the rules are broken, the data is rejected. This predisposes HCH for different use-cases than blockchain, for whose it allows for more efficiency, scalability and extendability. It is implemented mainly using the Rust + WebAssembly technology, but the hApps can be developed with any language with WASM as a compile target.

Holochain team’s philosophy is closely aligned with the regenerative economy conceptions, local currencies, platform cooperativism etc. This is also reflected in their approach to design and conceptualizations inspired by biological systems to an extent. The talk will end with a 15 minutes Q&A video call with one of the Holochain developers."

Would love to ask those who have been on panels (with blockchainers/dewebbers or any other similar people:)), or also done short presentations or have used slides to gather them here!

Me and my friend will be representing Holochain on one of DeWeb events in Berlin in a week’s time (doing 5min lightning talk and joining a panel discussion) and currently gathering all the information. Looking for a bulletpoint fusion between theoretical/ideological breakdown as well as a bit of easy tech points - for the main crowd.

@HoloFuture really good note on “dweb” and “web3” and how Holochain comes at the grassroots level of implementation into the real world!
@Qubeo also thank you for sharing the paragraphs.!

@bear if there are more contributors would be really wellcome to share their talks!

@ruta.zem, can you please share the event site (and times of your presentation, if you have them) with @carolyn to get on our calendar and social media?

@carolyn here are some links the organisers shared: 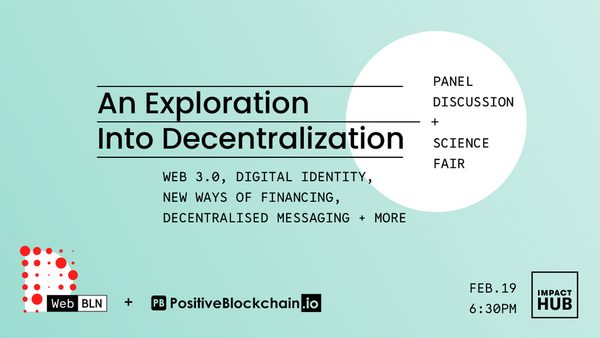 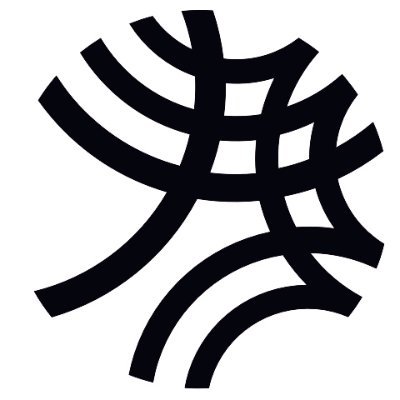 We are working on a standard basic template with some of the main diagrams of DHT, blockchain vs. holochain, etc. The marketing department should get back to me this week with something I can feel comfortable posting.

That would be amazing! We need to submit our slides be tuesday - but also would be good to have these resources for going forwards in community meet ups also.

I plan to make some adjustments and evolve it for improvement and to keep up with any updates from Holochain development.