Hi all . Can someone explain to me [ a newbie] , when holo fuel will be introduced and how this affects my investment of holo coins ? Thanks .

Upfront Holo will likely see a surplus of hosts and not many apps that need hosting. That means hosts will be competing heavily and driving the amount of HF they charge for hosting down.

When the amount of HF to host an app is lower, that then makes each individual HF credit more valuable. As that same HF credit provides more hosting power.

Ultimately, this results in people paying more money($) for each HOT/HF credit, due to the fact that each particular HF can provide a significant amount of hosting.

The inverse is true as well. If Holo had a shit ton of apps needing to be hosted, but very few hosts willing to provide the hosting, there would be little competition for hosts. Thus hosts would charge a significant amount of HF to host said apps, which in turn makes each HF less valuable in USD ($), because it gets you less hosting services.

So in short, Holo very much wants to see a ton of hosts in the network upfront, and doesn’t need a ton of apps. With that in mind, there likely will be more hosts then apps upfront. And that lack of a ton of apps upfront will actually warrant a price explosion for HF/HOT.

In the begining, the price to host an app on Holochain will also likely be minimal compared to other hosting providers and Ethereum gas costs. This is because HOT/HF is extremely cheap to buy right now and those same HF credits will be providing a ton of value due to the significant competition between hosts lowering the amount of HF they can charge.

Over time, this will likely cause app developers to load up on cheap HF early and begin porting apps towards holochain/Holo simply for how cheap hosting will be on the platform. Due to the various economic factors baked into Holo, the price of HOT/HF will start to grow exponentially as people begin to see this play out in real life. No one knows exactly when this will be launched though, there are a ton of moving parts to sort out internally. Patience is a virtue though

Thanks for such a thorough answer.Very interesting as to how it might play out with apps/holo fuel. When hot becomes holo fuel ,will this still be a store of value ,like a coin that can be sold/traded ? I wouldn’t be in a rush to sell anyway in the future but want to know that that would be possible .?

How HF price is determined at the HOLO org.? Will it rely on supply/demand equation or what? If the redemption price depends on the last transaction at HOLO for redemption, then the price will be unchangeable forever. However, many exchanges will be emerged overtime., How can they settle on a common price for each HF to redeem or exchange?

Check out this article: 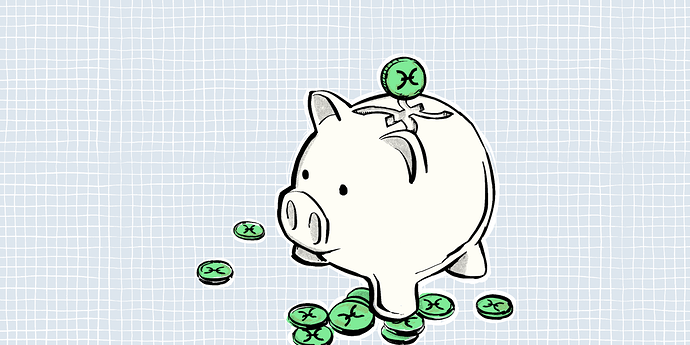 cHECKING IT OUT ,THANKS.

SO what it equates to ,does it not/? is that if i am not planning to be a " host" but just an investor , there"s not much point in having holo fuel ? I bought hot just as an investment ,you see.

Holofuel will be sellable for FIAT at reserve accounts, and it will likely be supported on traditional exchanges as well. There is a significant point in holding Holfuel as investor due to the fact that each credit is backed by real hosting power, and upfront the cost per Holfuel compared to amount of hosting you can receive is expected to be vastly less expensive compared to any other alternative. Therefore, HOT has the potential to rapidly increase in price once the swap to Holofuel is made and real utility exists.

If you are buying HOT as an investment, you ought to understand what fundamental factors will drives its underlying value. HOT will be 1 for 1 exchange for Holo fuel. If Holo fuel value increase, this will be same for HOT as their relationship are tied to each other.

Since holo fuel is backed up by hosting power. how will be hosting less compared to traditional cloud hostages and how will the performance be better than those centralised ones in market? did the internall testing prove this. just excited to know more on performance during testing

Thanks for explaining , i need to read more white paper ,as i thought i read that you will only be able to sell holo fuel that was created through hosting ,not pre bought hot. ?

i dont think thats quite correct ,as when hot becomes holo fuel it doesnt exist anymore.?

Hi, I’m trying to understand the value of $HOT as an investment. Can you kindly explain: