Why does Holochain matter to you?

OOOooh, looks like The OASIS API (Universal API To Connect Everything To Everything) is also working on a similar idea, and they want to connect HoloREA and also ActivityPub!

Initially, I got attracted to Holochain because of the people and the promise of a p2p distributed web. When I was a kid, I got a 2400 baud modem for my birthday and got hooked and excited with looking at how ASCII-based BBS made communication possible. Combined with playing early dune-games and having the world at my fingertips, made me feel connected and super powerful. The good old days…

These days, the web is being used as a weapon of mass destruction. I feel responsible and rejected at the same time. Holochain could be a solution and bring back the power and same pleasure I had as a kid to the new generations.

Yes can def relate on everything you said mate…

Yes, this was also what I was thinking sent me down the Holochain path. Think of all the financial and other data in the hands of centralized entities that has been hacked or abused after it was sold to the highest bidder that never should have left the control of individuals in the first place.

I believe that many of the biggest problems we face in relation to our sociopolitical economy - such as inequality, poverty or climate change - can only be addressed by following a philosophy of Mutual Self-sovereignty. The most fundamental problem is that, in so many domains, we are faced with inadequate tools, disempowering barriers and dysfunctional institutions. Therefore, in my view, what we truly need is to be better educated, enabled and empowered - this is the change we need. Holochain - and eventually Ceptr - gives us what is needed to make that change happen.

Hello from Spain. We are in the field of holistic health in different ways, specially with Systemic Family Constellations.
Holochain sounds like a good way to make humans a priority, on top of technology and profit. It seems it will enable new ways to interact and create new economies. We want to be part of the transformation that is coming. We also have in mind the development a local crypto ( http://ecomonedas.com ) using the Holochain platform, although our knowledge of technologies like holochain, blockchain, dag, etc. is very limited. We have started buying one of those 3,000 units to help the initial stages of Holochain and hope to receive it soon.

As an economist, I’m very much interrested in mutual credit clearing driven marketplaces.

As a psychosociologist, in collective intelligence and economic communities.

Data sovereignty is a huge deal–seeing the world through this lens is really helping me see the furture.

Holochain provides a key component of a new ecological ledger based economy, while Bitcoin provides a Fort Knox without tweaking fingers in it, just so that a system of transparency and machine consensus replaces paper, air-conditioned offices of lawyers, bankers and governments, let’s not forget, with augmented reality even the signage the world over can be made obsolete. Surely that’s a lot more energy than the energy taken to mine Bitcoin in this Greed fuelled expansion stage of it, into the key role of keeping the global balance of payments between countries. Once that happens, the fossil energy of Bitcoin can be easily replaced by the renewable energies that, if in excess, that is to say, even after pumping water to upper reservoirs, splitting water for Hydrogen and compressing air, can be used to manufacture synthetic Diamonds from atmospheric Carbon Dioxide. Now that’s an economy that does something it should, not one that hides the solar material, gold, in deep vaults, away from the sun, languishing in the dark where no human eyes see it. That’s a sign of bad design, bad management and bad administration. Think about it!

We might be able to use abundant Diamonds in large blocks to manufacture low tolerance, high efficiency Internal Combustion Engines that even burn fossil fuels for those purposes that really depend on high energy density, like motorized paragliding, go carts, model aircrafts and other such fun activities. It’s way too precious to cart a human many miles in a belching bus to push a pen a few inches, isn’t it?

Holochain matters because by its own architecture, it contributes to a localized, yet global approach to managing sustainability where pools of data can be shared across hApps, it’s light footprint helps too, to keep the hypocrisy down.

As we shift from a Carbon and Gold economy to a Diamond and Energy one, we may need to rethink things for at least the next thousand years.

Wish we could knock off these next gen tools as a priority layer of hApps that will colour all future hApps by their presence on the hApp store first, courtesy of Holo itself.

Watch on #Periscope: Holochain Forum: Why does Holochain matter to you? #holo #holochain

so much missed value

Right on everybody! Go Holo!

To fix our planet, substitute this below instead of digging gold out and keeping it in vaults. 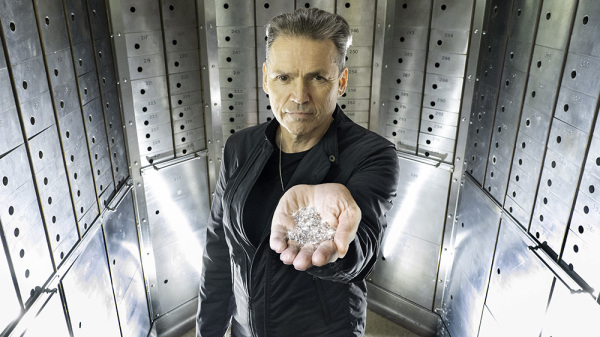 A British Entrepreneur Is Making ‘Zero-Impact Diamonds’ That Remove Carbon...

Dale Vince says his SkyDiamond’s will be the world’s first carbon-negative stones.