Hello all. This week we’re going to explore what it’s like to use economic building-blocks for your community. Topics will include

When : Thursday, June 11, 9am SGT/11am AEST/1am UTC/6pm PST (US: June 10)
Where : Zoom Room ; Calendar Invite
Who is this relevant for: anyone looking to leverage these themes. You could be a dev building in a modular fashion. Or a ‘power user’ with limited dev skills who is stitching together a community or app with basic technical tools.

For those who missed the last session with the Holo-REA CRISPR Mash-up, you can watch the recording here.

Thanks, Sid.
PS: If you’d like to receive the calendar invite leave a comment below or DM me and I’ll add you to the recurring event.
PPS: More about Modularity here
@Architecture-Course

Looking forward to Weekly Hackalong for PowerUser, especially interested in learning where CRISPR Chimera has reached, so that as promised to @philipbeadle we could get some Training Content going by end of June - early July.

Here’s the video. Good conversation today about modularity in the context of GraphQL APIs, discussing aspects of CRISPR that could be relevant for modularity, what an implementation of Mutual credit might look like in Holo-REA versus the standalone Mutual Credit App and which approach to choose, and an intro to some reputation libraries. 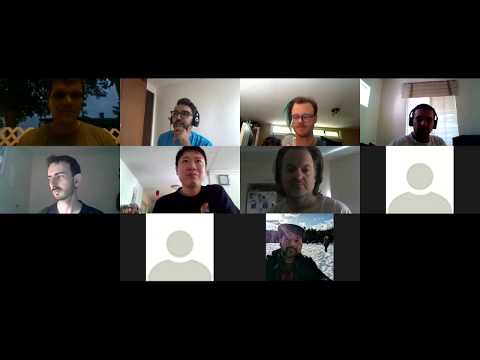 PS: If you’ve got suggestions for improving the conversations, or ideas for themes you’d like to cover feel free to DM them in, or add them to this thread.

Can you please share Guillem’s remote bridge link @pospi posted in the hackalong chat? Thanks!

That was quick @lchang, here are all the links that were shared.

Thank you very much, @sidsthalekar
As always, great session & discussion!

Hi, your links are broken because you added a useless pipe at the end.

Done! Thanks @pegaltier - copied them straight out of the Zoom text file.

HoloREA uses GraphQL to improve reliability in interacting with holochain DNA, such that there is a tight schema binding with hard breakage between front-end and back-end.

DNA identifier are just hAPPs that holoREA pulls out of holochain with zome function bindings, which gets called back as part of the Resolver Callback functions such as Query Functions to retrieve information such as ( Agents, Types of Resources, Resources ), though the function is the same but the internal logic depends on what is being queried for